HAPPY EASTER! We made it. 40 days of sacrifice, humility, fasting, almsgiving, and because it’s 2018, blogging. Many thanks for reading. Stay tuned for my weekly posts starting next Sunday. IT’S JUST THE BEGINNING. Please subscribe.

40 Reflections #40: 40 days of raw recollections during the Lenten Season

TAKE CARE OF EACH OTHER

Our children are very close in age. When they were little, if one cried, I’d ask the other two to check on them, assuming they were not the cause of the bawling. “Always check on your brother or sister” I would tell them, “we have to take care of each other.” The same would happen on playgrounds, the backyard, or friend’s homes. When crying started, it was my cue to say, “Go check on them” and off they’d go. Please know, blood and bumps were always tended to, and I did not just sit on the sidelines watching my kids raise one another, my goal was to make sure they had each other’s backs. Forever.

As the kids grow up, they play, squabble, tolerate individual traits, and mostly really like and even love each other. In the last few years, there were a few experiences demonstrating the kids quick response to their siblings, and even my needs.

BMX Mom: A few years back, during one of our school breaks, we continued our “Staycation” tradition. A fancy word for stay home, find our own fun, and save money. Towards that end, I had each of our children pick something to do each day. We would all participate with little complaining, and it WOULD be fun. So on BMX day, we packed our two bikes, my daughter threw in her book, and we headed to the park. We had the whole place to ourselves. I assumed the staycationer’s hadn’t discovered this little gem. So as my boys flew up and down the hills, I sat with my daughter and we read. Finally, seeing how much fun the boys were having, I had one of those “it looks so easy, I can TOTALLY do it” moments God should really delete from our brains before they happen, and asked my eldest son if I could use his bike and go around the loop. “Sure, just use my helmet too” was his response. So I passed my phone to my daughter, and asked her to snap a few pictures of my attempt at being a cool mom. I strapped in, started down the first hill and as I climbed up the next bump, sure I had enough speed to reach the top, I completely fell backwards. The bike landed on top of me with a bit of metal digging into the back of my knee. Immediately my son dashed over, lifted the bike off of me, ran to the car for the First Aid Kit, and began picking out bandages. Meanwhile, my youngest kept zooming around the track as if in a race, and my daughter filmed my entire fall and rescue.

“Take care of each other” BOTTOM LINE: one of us was in need and help was there without panic, just response. Plus, if we need evidence of the fall, it’s all on video :). Four stitches later at the Urgent Care, I was all patched up and ready for the next, less adventurous trip to Barnes and Noble.

FIGHT CLUB: For years, we were the parents who never let our kids go down the block to the park alone, then one day, my husband and I told the kids “come home in 15 minutes.” They looked at us like we were bluffing and as we kept walking, one of their friends asked, “Where are they going? They’re really leaving?” After that day, as long as the boys had their watches on and knew when to come home, they could play for a stint at the park without us. One day the boys came home upset, apparently one of them got into a fight and they were agitated. After talking through it, they calmed down, and moved on. Meanwhile, our daughter was livid about the fighting and vowed to ensure it would not happen again. She decided to start a (pretend – I think) “Fight Club” where members were on-call to help out with these situations and ensure peace was coveted, and no one bothered her brothers.

“Take care of each other” BOTTOM LINE: Our gal is always ready to defend her brothers and make sure they are safe, even if she is starting her own Navy Seal type Club for teenage girls, who are strong swimmers and play the cello.

WHEN IN DOUBT DO THE HEIMLICH: Just yesterday, the boys went down to the park, one with a basketball, the other with a bike, ramp, and probably a sling shot. About 5 minutes into their play, we received a phone call. Our youngest called to let us know “something” happened to his brother. We both sprinted out the door to the park (side note to runners: I don’t know why, but for some reason, I thought FOR SURE I would be faster than my husband in an emergency situation, apparently I was wrong. Again, it’s not about me.) Upon arrival, he was seated on a bench, seemingly okay. Apparently he  was jumping off the ramp, when he fell backwards and landed on his back. His brother didn’t see it, just heard the moan and responded.While he iced his back, my husband and our youngest played basketball in the back. During their game, he said, “You know I gave him the Heimlich.” My husband, thinking he missed the key word in the sentence said, “You what?” “I gave him the Heimlich. He was having trouble breathing and he wouldn’t speak, so I went behind him and gave him the Heimlich. Twice.” My husband praised him for reacting and responding to the needs of his brother, and reviewed the Heimlich with him. After icing the back, all was well and he survived the 2-hour Holy Saturday Mass.

“Take care of each other” BOTTOM LINE: In a scary situation our son knew reacting and responding was the right thing to do. He was there for his brother.

I’ll leave you with the same petition I impart to our children as they board the bus I wave to wildly every morning, say your prayers, take care of each other, and be kind. Yes, to everyone.

Dig Deep: Sign up for a CPR and First Aid class, take your kids as well. It’s a great staycation idea!

Lenten Challenge: You did it. Make 40 days 80, then more. Say your Rosaries.

THANK YOU ALL SO MUCH FOR TAKING THE TIME TO READ MY RAW, RECOLLECTIONS, MISSPELLINGS AND ALL.

We made it. 40 days of sacrifice, humility, fasting, almsgiving, and because it’s 2018, blogging. Many thanks for reading. Stay tuned for my weekly posts starting next Sunday. Please subscribe. 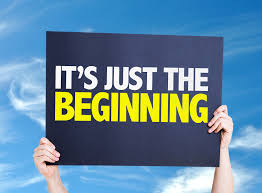