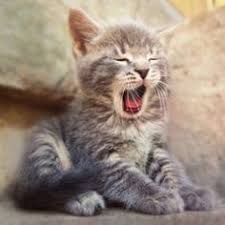 40 Reflections #18: 40 days of raw recollections during the Lenten Season

I often look around our home and see the jobs others don’t. The cobwebs housing a spider “that really is going to catch the mosquitos and flies that sneak in…really!” Or the towels that just never make it on the hooks, the windows that are riddled with dog nose kisses, and the baseboards I spitefully glare at while I secretly decide moving would be easier than cleaning them. It’s times like these when I know seemingly mundane jobs need to be done, and I just have to delve into the task. But why go it alone, when many hands make light work? It’s all about recruitment.

There is one specific word beckoning me to pass my children a mop and the bright blue toilet cleaner…or vinegar for those who steer away from toxicity.

The same word my sisters and I grew up knowing, even said under one’s breath, would not end well.

Said alone, it’s just one syllable that doesn’t amount to much, but when you accompany it with:

“I-I-I-I-I-I’M” (said in a whiny tone held approximately 3 seconds or more) and then BOOOORRRRED! It takes on a completely new meaning.

Where exactly does “bored” sit on life’s balance beam? Is it fighting for space next to lackadaisical and uncreative, or is it teetering on the edge with solace and quiet? It’s really our call.

Nowadays at the onset of bored, we plop ourselves in front of a screen and detach ourselves from the emotion altogether. This escape from the now builds an emotional chain link fence in front of solace and deprives us of confronting the quiet. The act of being alone and the feelings that accompany it can be uncomfortable at first for some, or always for others.

We clamor to fill the boredom void, much like the panic and announcement of “awkward silence!” when quiet finds its way into a conversation. Why not embrace the quiet, focus on our breathing, meditate, or pray? Life so rarely gives us the gift of calm. So when it does, much like not waking the baby or poking the bear, don’t disturb the solace. Embrace it.

(Unless you hear the whiny “I’m BORED” then, pass over the toilet wand.)